WWW, March 7 2008 - Ancient sites, especially the Great Pyramid in Egypt, are the focus of many contemporary researchers.

The mysterious nature of these sites starts with the fact that they could not possibly have been build by the so-called primitive men that mainstream science tells us were roaming the planet the days in which the monuments were built.

Especially the Great Pyramid in Egypt has the attention of many researchers, which is obvious because the very same structure is subject of interest by all the world leaders of today and yesterday.

The Pyramid is in fact one of the main monuments of a "new religion", which is carefully orchestrated from within ranks of the secret services of today... 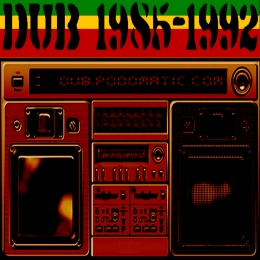 WWW, March 2008 - DUB refers to the name of the Podcast, not necessarily about the contents of his podcasts. 1985-1992 does refer to the music presented in this mix, though.

The late 1980's, early 1990's marked a transition period in Jamaica and thus in the nation's musical history. Bob Marley passed away, and Ronald Reagan's "War on Drugs" ensured that smoking herb would become more difficult than sniffing cokane and the music became digital, sometimes even fused with American Hip-Hop.

It was a time before Rastas, especially the Bobo Dreads, would come to clean up certain things and restore some of JAH Order where that had seemed lost, at least for some.

This Podcast perfectly radiates the vibe-of-the-time, with nuff DUB to justify the Podcast's name!

CONCENTRATION CAMPS IN AMERICA
FROM THE DUBROOM MESSAGE BOARDS WWW, March 2008 - A member of the Dubroom Message Board pointed us out to a disturbing video showing how the US Government is setting up what can be nothing else but concentration camps.

The Dubroom Message Boards are an interesting source of material and background information for just about everything that the Dubroom writes about.

Take this video, brought to our attention by a regular contributor to the Dubroom message boards.

In the video, we can see revealing sights: US Army material, places where mass transit of prisoners can be processed, etc etc etc.

In the interesting thread on the Dubroom Message boards, much more information and video material can be found as well, including Bill Clinton's surprising reply to all of this...