WWW, June 8 2009 - It's scary to hear, or better: not hear many of the voices within Reggae that used to protest, chant down, and expose the works of Babylon through the Bush administration.

Like many, the voices have not only silenced, but turned into voices of praise for a man who perpetuastes and accelerates that very same policy.

It can't be, that Barack Obama is the first not-completely-white president of the USA. After all, the colour of a man's skin is of no more significance than the colour of his eyes.

And a look to the men behind Barack Obama doesn't reveal a group of freedom fighters, who chant down Babylon. 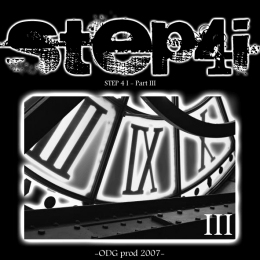 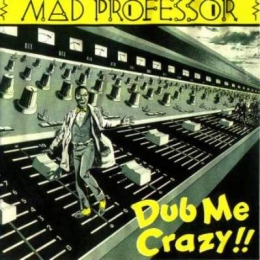 WWW, June 2009 - Mad Professor's more than excellent DUB series which started in the 1980's definitely opened up the Art of DUB to a wider audience while also putting himself among the small group of top DUB engineers.

This is the original album that started it all: Dub Me Crazy Part One. Plus two bonus tracks, that is.

Opening with an Ire and Upfull track by Online DUB Artist Meef Chaloin, Step 4 I Part Three sets the vibe. It's about Ireness, and Reggae can provide some crucial Ireness. There's not much dubbing going on in that first track, neither in the second track. The music, however is nice and sweet.

The third track brings a sudden change in the atmosphere. A whole host of samples, slowly a rhythm enters, the samples soaked in echo's: you thought there was no DUB going on?

When the DUB Activist meets Dr. TomTom, the DUB goes deeper and the rhythm becomes more energetic. JAH Billah's contribution to this excellent compilation, a collaboration with Ngaumo, brings some more peaceful vibes back in an interesting combination of electronic and analogue effects.

"Back To School" is another piece of Digital DUB Niceness. It's laid-back, has some interesting echoings and effects on the bass, where a rather odd placements of the chords completes the 6th track on the compilation. It's well placed before the explosion of digital sound we find in the tune after that. Which in it's turn is well placed before the energetic steppers by Barbes D and Toko Blaze.

The mix of track number nine, simply entitled "Dub Plate Style", builds up rather slow. The title is well put: you can imagine someone chanting over the riddim. There's not much happening, nice sound though.

In closure of this first full-length compilation album by the Original DUB Gathering Net Label, we find a track by the founders, a French DUB Collective named Ondubground. An upfull Dub with resemblances of the UK DUB act The Disciples here and there.

DOWNLOAD ALBUM
MORE FROM THIS NETLABEL
No comments: Link(s) to this Message

Mad Professor's more than excellent DUB series which started in the 1980's definitely opened up the Art of DUB to a wider audience while also putting himself among the small group of top DUB engineers.

This is the original album that started it all: Dub Me Crazy Part One. Plus two bonus tracks, that is.

Mad Professor, it can not be said enough, is one of the most creative and innovative DUB engineers, and he is so for decades in a row. His Ariwa Studio may have released a lot of crucial vocal singles and albums, but unlike many Jamaican Studio's in the 1980's, Ariwa never lost interest in DUB.

The DUB Me Crazy series definitely set the standard for DUB through-out the 1980's. It started in 1982 with this release. There are some serious DUB mixes on the album, which originally just contained 10 tracks due to the limitations on vinyl. This release has two bonus tracks, for some extra enjoyment. DUB Enjoyment to the max.

Mad Professor's superb DUB transformation of the excellent vocal parts which pop in throughout the entire album will take you into another Sound Dimension. The crucial work by the drummer and bass player are often the only points of reference as each and every effect device is utilized to the max.

The more you listen, the more you hear, the album will catch you and then grow on you: some might call it "crazy"...