WWW, January 21 2008 - There is a plan to establish a Global Order under the rule of the very same "gods" and "god-men" that ruled the world in the Days of Noah and we know it as the Mystery of Iniquity or Mystery Babylon.
Mystery Babylon started with Nimrod, who tried to open the gate to release these "gods" and "god-men" from the bottomless pit JAH had put them in.

But Nimrod failed. JAH made sure this One-World Order would not ever come into reality: He divided the planet into 70 or 72 different regions, all ruled by a territorial "god".

And even though Nimrod managed to "civilize" or "unite" some of these regions, he knew he would not live to see the day and he had to come up with a plan.

Tomorrow we'll dive deeper into this Plan or Mystery, and in the coming times we'll find out how all of this is related to world history, world actuality and world future...


ITEMS FOR THIS EDITION:
POTCAST: TRIBUTE TO JAMMY'S
No comments: Link(s) to this Message 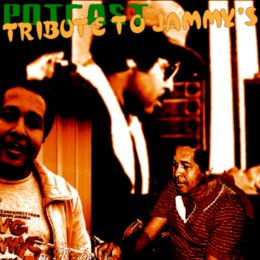 WWW, January 2008 - You might know him as the protégée of King Tubby who mixed some excellent DUB and call him "Prince". Or maybe as the first Dancehall producer to come up with digital niceness, and call him "King".

When he started mixing music for King Tubby decades ago, he had a future before him that would definitely take him beyond the realms of DUB. In 2008, Jammy's has a special place in the history of Reggae Music.

Jammy's was known to mix some crucial material, but he really made a name for himself after he returned from Canada and started a new style of music with the release of Sleng-Teng, widely considered to be the first digital Dancehall riddim.

In this episode of the Potcast, we are predominantly introduced to King Jammy's the digital dancehall producer. Too bad, because a tribute to Jammy's would really have to include some of his crucial DUB tunes as well.

Especially when you consider the name of the Podcast.