WWW, June 21 2010 - Greetings, and thank you very much for your interest in this edition of Dubroom Online. I hope, that you will not be disappointed but that can hardly be when you take a look at what is reviewed and available for download!

First of all, there's another edition of Radio Dubroom. A very special edition as all of the tracks are available for download and the links are provided in the description that comes with the podcast. A truly wide variety of styles is presented in the selection as we keep on jamming from Brazil to New Zealand to Europe to the USA and many more places.

Looking for contemporary Jamaican music? There are 6 free and legal MP3 files waiting for you to be downloaded to your hard drive and into your player: Determine, Luciano and three other artists are represented with Dancehall and Roots.

Three full-length net albums and one EP are reviewed in this edition of Dubroom Online as well. A crucial release from Germany, very interesting material from New Zealand and Roots and Culture from the Netherlands in the form of Rasta singer Ken Dread.

All-in-all, there's enough new music to keep you moving and grooving for several hours and the best of all is the fact that this is available freely and legally, wherever you are in the world. At least, that is how it should be...

Let's keep the sufferers in our prayers, let us not forget the fact that Reggae Music is there to lift up the people with righteousness and consciousness.

Jah Seh So, without apology. 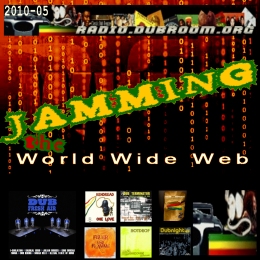 WWW, June 2010 -?Jamming The World Wide Web: this is a selection of some of the best material available for free and legal download on a wide variety of websites. From Dancehall to UK DUB, from Old Skool Roots to Contemporary Roots, with vocals and versions, this is by far the most varied podcast thus far.

The show starts off with two dubs, the first one taken from the brand new release DUB FRESH AIR by the Italian based Net Label 4WEED. The second one is taken from the DEMO'S AND REMIXES IN DUB.
Net Labels are everywhere, including Brazil where we find a nice collection of Dancehall Dubplates with well known Jamaican Vocalists by producer Mykal Orthodox on the Cabeza Label. We play a tune with Burru Banton and one with Bounty Killer.
From the Spanish based NEBLINA SOUND we play a jungle version of their Operator riddim, followed by some more Spanish vibes with Flamenco Dub by Utterance, taken from the DUBNIGHT compilation available on the German based BIGVIBEZ.com website. From that same website, we play two tunes by the German based Reggae band Firetime, a well known Riddim Section who played with too many vocalists to mention.
ALAMBIC CONSPIRACY AND FAIZA with their excellent ME SEE YA taken off the ITALIAN DUB COMMUNITY SHOWCASE VOLUME TWO are taking us further into a next section of the show. They're followed by KEN DREAD's excellent track ONE LOVE (same title, different tune than the BMW track) and "Midnight DUB" from PARVEZ aka House Of Riddim, the last one taken from DUBNIGHT VOLUME ONE.
The show reserves almost twenty minutes for two more than excellent vocals and their dubs by the Spanish based HOTDROP band. Taken from their brand new "DIS(COVER) SHOWCASE" album for which they only used stricktly old skool hardware to produce, two crucial renderings of soulful old skool Roots Rockers Reggae.
In closure, we pay a short visit to the French based DUB CULTURE website where you can find a fine selection of contemporary Roots and DUB by a number of known, lesser known and unknown artists. Radio Dubroom plays Earl 16's "Give Me Good Sensi", a Zion Train production and an upfull, majestic Dub by Malone Rootikal.
PLAYLIST
01. Radikal Guru - Wisdom Dub
02. DUB Terminator - Soundkilla Riddim
03. Mykol Orthodox and Burru Banton - Step Up In Dem Face
04. Mykol Orthodox and Bounty Killer - Roots And Reality (Remix)
05. DUB Terminator and Marvellous Benji -Freedom Anthem
06. Fekim - Operator (Jungle Version)
07. Utterance - Flamenco Dub
08. Flaming Mo and Firetime - Can't Stop We
09. Firetime - Jah Is My Light
10. Alambic Conspiracy and Faiza - Me See Ya
11. Alambic Conspiracy and Faiza - Me See Ya Dub
12. Ken Dread - One Love
13. Ken Dread - Love Dub
14. Parvez (House of Riddim) & Marlene Johnson - Midnight Dub
15. Hotdrop - Drum and Bass Version (Should I)
16. Hotdrop - Should I
17. Hotdrop - Be Thankfull (Discomix)
18. Zion Train and Earl 16 - Give Me Good Sensi
19. Zion Train and Earl 16 - Give Me Good Sensi Dub
20. Malone Rootikal - Rootikal Fyah 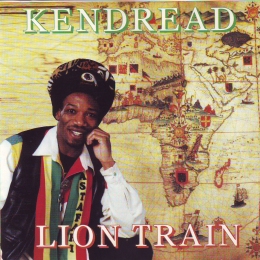 WWW, June 2010 - Netherlands-based Reggae singer Ken Dread, originally hailing from Surinam, stands for Roots and Culture, for Consciousness and Ireness. In "Lion Train", we get a full album of pure niceness for the conscious massive worldwide.

In a friendly, upfull manner Ken Dread provides the listener with his message of Truth and righteousness. Ten vocals, one Dub of stricktly positive spiritual food for the souls of Jah Children. 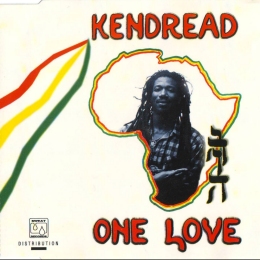 WWW, June 2010 - With everything mixed and mastered in the German city of Munster, Feuer Und Flamme (Fire and Flames) provides us with some really crucially tight Reggae music with vocals in English and German.

When you don't understand German, you will still be able to feel what they are talking about: it's all in the music. As you can hear in Radio Dubroom 2010 #5, it's all about tight music, crucially recorded and voiced, and subsequently offered for free to the online Reggae Massive. 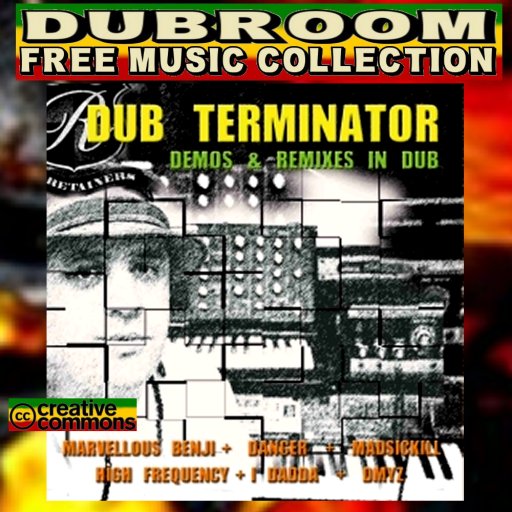 WWW, June 2010 - DUB Terminator hails from the deep, deep south: New Zealand, to be exactly. In Demo's and Remixes in Dub (featured in Radio Dubroom 2010 #5), he presents 15 tracks of Dubs and Discomixes in a very special style that mixes Dancehall, Reggae and more R&B related vibes.

According to his biography at MYSPACE.com, the musical philosophy of the Dub Terminator was significantly formed when he was living as a youth in Jah Creation, far away from the so-called "civilized" world. All he was doing was developing his musical talents which led him to become member of many bands before he found himself as the Dub Terminator, terminating all the bad vibes and provide the online massive with some very inspirational sounds.

Big Up Down Under!