WWW, May 4 2008 - When researching Mystery Babylon, one has to touch on many fields of study. One of these fields is the area often called "conspiracy theories".

I've listened and watched thousands of hours worth of lectures by and interviews with researchers who claim "expose" the Mystery, only to discover that the only thing they really do is teaching the very same doctrines as the Mystery Schools do in secret.

They will tell you all about the "technology" and meanings of the thousands of symbols and rituals that you can find all over the world, give you the names and functions of all the entities involved in the Mystery, and so on and so forth.

But after studying their material, the only thing you will know is exactly the same as what the Mystery Schools teach. In other words: you'll just be a graduate from Nimrod's education, allbeit kind of unofficial.

Singing and chanting blends into one: Jamaican vocalist Keely B brings his own style into an already rich Dancehall tradition, taking off where Sean Paul stops.

CHECK THIS ARTIST HERE
No comments: 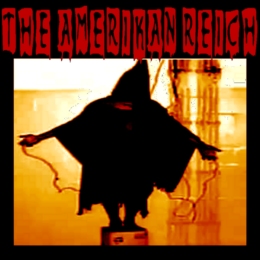 WWW, May 2008 - Not a documentary, but definitely an exposure of that side of the "Land Of The Free" which, let's say, doesn't really know much freedom: The Amerikan Reich, anyone?

In a time wherein presidential candidate Obama is being criticized for having connections with a preacher who says that America isn't "God's Own Country", it becomes painfully clear that if there is just one thing you can never say in the land of freedom of speech, it must be the truth about the "Land of the Free".

In a time wherein journalists and artists are under the most heavy pressure possible to produce propaganda for the shitstem, it becomes painfully clear that it is time to stand up for what is right and "wake the town to tell the people".

Time for the truth, therefore.

The collective behind this 90 minutes video have produced a work of Art that will do what many documentaries cannot do: showing the "AmeriKan Reich" is such a way that everything goes straight to the heart.

We see historical and contemporary scenes, they are all parts of the puzzle, or should I say "Mystery", of one of the biggest bullies in the gang of "Mystery Babylon the Great, Mother of all Abominations".