WWW, March 25 2008 - Why did Quetzalquatl tell the Maya that he would return and complete his "civilization project" together with white people?

Personally I believe it was part of what insiders call the "Plan Of The Ages". It's a Plan that has been revealed in the Bible and uncovered by many researchers.

That Plan basically is to create a One World Order and restore the Days of Noah or "Atlantis".

Ages before Christopher Columbus was said to have "discovered" "America", even ages before Babylon had set her headquarters in Europe, it was already known how one day the "western hemisphere" would be under Babylonian rule. 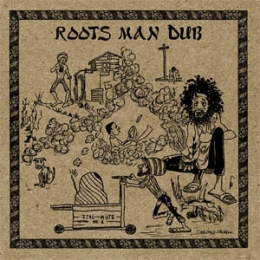 WWW, March 2008 - The third episode of the official Heartbeat Reggae Podcast doesn't just serve as a high quality promo for the DUB Album with the same title, owners of the album want to have this one as well.

The Heartbeat Reggae Podcast is more than just promotion of their releases. It's actually a positive contribution to the promotion of Reggae Music in general.

In just over half an hour, Joshua B takes us through a number of DUBs on the Heartbeat release Roots Man DUB, a double CD that is much more than just a re-release from a Jamaican LP from the 1970's.

Well worth a purchase, you will probably find after listening to the 30 minutes in which our host takes us to a number of tracks taken from the release.

However, since he also plays the vocal counterparts, you will want to listen to the Podcast as well in case you already have it.

And in case you're unable to buy the albums, you will enjoy over half an hour worth of Serious Rockers, showcase style!