WWW, February 12 2008 - According to the second chapter of the Book of Daniel in the Bible, the king of Babylon had a dream.

Nebuchadnezzar saw a big statue of himself. The head was made of gold, the chest and arms made of silver, the legs were made of iron and the feet were made partly of iron and clay.

It turned out, that the different parts of the statue were symbolical for the four stages in which Mystery Babylon would try to achieve the One World Order she craves for so much.

From head to toe, though, we seen a decreasing level of strength and beauty. The two feet were actually made of iron and clay, which everybody knows doesn't mix too well.

ITEM FOR THIS EDITION:
PETER TOSH - STEPPING RAZOR, RED X
No comments: Link(s) to this Message 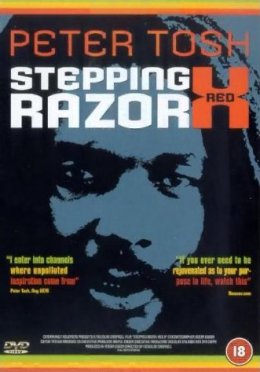 WWW, February 2008 - Based on the autobiographical "Red-X Tapes" only found after his death, Stepping Razor takes us to the life, works, motivation and meditation of Peter Tosh.

Get ready for one of the better documentaries made on Reggae and Rastafari!

During his life, nobody seemed to know about his secret tapes. He marked them "Red X", because, as he explains, he always saw his name on official documents marked with a red X. He knew he was going to die one time for the things that he said...

It looks like the plot of a conspiracy movie, but in realty they formed the blueprint for this impressive documentary, that should be seen by everyone even remotely interested in the Conscious side of Reggae Music.

In the movie, we are confronted with a number of witnesses and facts that throw enormous amounts of doubt to the official story around the killing of Peter Tosh, that says he was killed at a "robbery". Original (bloody) photo's and reconstructions add to what is yet another clear case of a Babylonian Assassination of yet another Freedom Fighter and Truth Teller.

We can hear how Peter Tosh speaks about his childhood, too, when he was terrorized by the Babylonian doctrines of "Christianity". A "Christianity" that told black people, they were born black because of their iniquity and how "Jesus" would wash them "Whiter as Snow".

Obviously, being by far the most militant of the Wailers, we are also introduced to the (spiritual) warrior that he was. Peter Tosh was very much aware of the existence of evil and how only the Creator Himself could protect him from it by giving him the power to fight against evil.

This war of the devil against JAH was the predominant theme in the life and works of Peter Tosh, who is quoted in the movie as saying: "Knowing the Truth is dangerous. You can get killed over it".

No, this is not your average biographical documentary about your average super star. Even though the video also shows his carrier as a musician, STEPPING RAZOR actually goes much deeper than that and the result is one of the better documentaries made about Reggae and Rasta.