His album "Marijuana World Tour" is a cult classic among a certain kind of people for obvious reasons, but the track we feature is more than crucial for everyone who likes their 70's DJ and DUB vibes.

Tomorrow's featured MP3 Review is the excellent Dub Version of "This Natty Allright", which also carries the vocal sounds of Horace Andy.

I wonder why Jah Woosh is not more known than he is among lovers of the better Roots and Culture. Hopefully, the two MP3's will contribute to spreading Jah Woosh vibes among a wider audience... 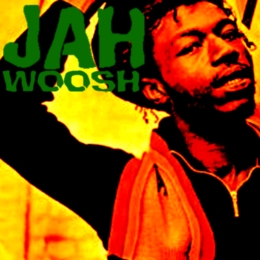 WWW, September 29 2009 - He was one of the top DJ's during the Roots Rockers era of the 1970's. Together with colleges like Jah Stitch and Dillinger, he created superb material like this classic track that you just cannot afford to miss in your MP3 collection. 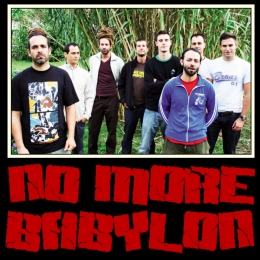 WWW, September 2009 - The French-based Roots and Dub collective share a joyful vibe as they celebrate Freedom: they do it in a One Drop Style with some excellent guitar work in the back and the front. Taken from their début album, by the way!

WWW, September 2009 - The Iriginal Yesus Dread Vivian Jackson aka Yabby You is not just a singer of Spiritual Roots Reggae of the Highest Degree since the 1970's, he is also a producer who discovered singers like Michael Prophet. And yes, he's one of the biggest musical spiritual examples for the webmaster of the Dubroom!

WWW, September 29 2009 - He was one of the top DJ's during the Roots Rockers era of the 1970's. Together with colleges like Jah Stitch and Dillinger, he created superb material like this classic track that you just cannot afford to miss in your MP3 collection.