WWW, December 8 2008 - Throughout this last month or so, I used my own story as I Stepped Out Of the Babylon that is now the "Gospel Reggae industry" as an example of the bigger picture.

My first step, was that I realized I was not in the right place. I equally knew that I was not created to be doing what I was supposed to be doing in that "Christian Reggae Scene", namely to Konform to Babylon's Norm.

My second step was to start Speaking the Truth. Not, that I was speaking lies before that, but I mean with this, to say the Truth when it must be said and not to bow down for the pressure that came from the slaves who were seriously disturbed in their Komfort Zone as I was speaking out. 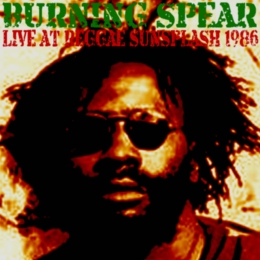 WWW, December 2008 - This historical recording gives us Winston Rodney and his Burning Band performing in Jamaica during the time of his album "Resistance". 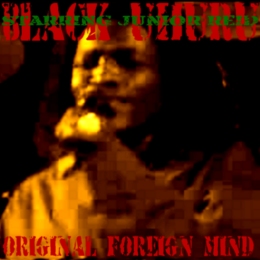 WWW, November 2008 - Black Uhuru's name is inseparably connected with the names of Mikal Rose, Puma Jones, Duckie Simpson, Sly and Robbie. In this video, we see only one of them.

WWW, December 2008 - This historical recording gives us Winston Rodney and his Burning Band performing in Jamaica during the time of his album "Resistance".

A Burning Spear performance is an experience. It has been so for decades, now. Take this concert: it brings us back to 1986, when Rub a Dub was hot and digital devices entered in the studio... and on stage.

Burning Spear has always done his own thing while around him all these things were happening and developing. Sticking to his own form of Roots Reggae, also in the times of Yellowman and Barrington Levy.

No difference here, either.

The concert gets hotter and hotter, better and better. Just like the recording, that is. Listen through the first 15-20 minutes and hear the quality improve.

DOWNLOAD BROADCAST (MP3)
MORE FROM THIS BROADCASTER
3 comments: Link(s) to this Message

WWW, November 2008 - Black Uhuru's name is inseparably connected with the names of Mikal Rose, Puma Jones, Duckie Simpson, Sly and Robbie. In this video, we see only one of them.

Don Carlos and Junior Reid are two great Reggae vocalists who have been members of Black Uhuru throughout the group's history. In this video, we team up with Junior Reid as the lead vocalists with Duckie Simpson as everlasting member of the group.

Junior Reid obviously has the voice that keeps everything together, while many people will surely miss the drum and basslines by Sly and Robbie as well.

Still, this is not a video to skip, as we see Junior Reid doing a wonderful performance. Original Foreign Mind in itself has become a classic, which says a thing when considered neither Sly nor Robbie was there.