WWW, May 31 2008 - Most of us have heard the language of Babylon, most of us understand her language quite well indeed, as we have been indoctrinated (read: initiated) into the Mystery from a very young age.

We have come to an understanding of the language that basically tells us how the shitstem is to be worshipped as a Gate to (the) God(s): something which is crucial to realize and can be researched on many levels.

You can trace everything down to it's roots in ancient Babylon when Nimrod built the ancient tower of Babel, which was nothing short but an attempt to open the bottomless pit which is situated in ancient Iraq and described in the book of Revelation.

However, the inevitable consequence of Nimrod's attempt to establish a New World Order is the indoctrination of the people of the world into a certain mind-set. 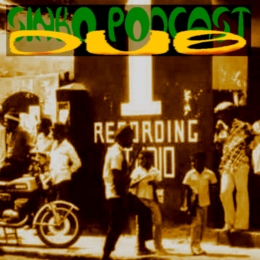 WWW, May 2008 - Five crucial Jamaican Dub tunes from the 1970's, including Bob Marley's "One Drop": here's a fresh choice of old skool Dub that will make you move and groove to the rhythm of the drum and bassline once more! 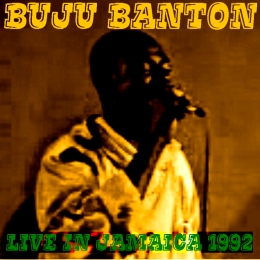 WWW, May 2008 - Before Buju Banton became part of what many call the "Rasta Renaissance" during the early 1990's, he was already part of the top of Dancehall Music. This video captures him before he started growing his dreadlocks.
No comments: Link(s) to this Message

WWW, May 2008 - Five crucial Jamaican Dub tunes from the 1970's, including Bob Marley's "One Drop": here's a fresh choice of old skool Dub that will make you move and groove to the rhythm of the drum and bassline once more!

The Sinko Podcast series does not usually specialize in Reggae or even DUB. The selector writes, that he's been "listening to an awful lot last year", which did inspire him for this nice selection of 1970's Jamaican Reggae.

It's interesting to hear with what someone who doesn't know "all" the in's and out's of Dub and Reggae will come up with, of course. Sinko's selection shows the choice of someone who has definitely felt the vibe!

Interesting is the Dub from Bob Marley's "One Drop". Marley never released a Dub album. After the King of Reggae died, some Dubs were released. There are also a number of Dubs originally mixed by Dennis Thompson, circulating in circles of Dub and Reggae collectors. These dubs found their way out of the studio without ever having been released on the market.

The Bob Marley Dub is right in the middle of the 5-track Podcast. We hear The Soul Syndicate and the Revolutionaries playing riddims, King Tubby and Prince Jammy mixing everything skillfully into DUB.

WWW, May 2008 - Before Buju Banton became part of what many call the "Rasta Renaissance" during the early 1990's, he was already part of the top of Dancehall Music. This video captures him before he started growing his dreadlocks.

The music is minimalistic, the band is four members strong, Buju is energetic: Dancehall in 1992 made many people wonder "where Reggae has gone too". They blamed the computer and programming, but they will get the same idea while watching Buju and band perform.

The often chaotically looking concert is in fact an explosion of energy where Reggae, DUB and basic rhythm comes together to serve as foundation for Buju Banton's impressive appearance. An impression that offended more people than just those that did not know how to musically apprecilove Dancehall.

In the second part of the video, he performs one of his major "controversial" tunes that made the homosexual lobby show their cultural ignorance and intolerant behavior once more when they started to call for a ban on Reggae music in the 1990's.

This, and a great duet with a crucial singer, as well as more niceness for the eye and ear can be found in this crucial video from -allready- 16 years ago!