WWW, October 22 2009 - There's a thing that runs through my mind for quite some time, and now that I've more time to work on Dubroom, it might just come to pass.

For a while now, I'm thinking about re-launching Radio Dubroom. A couple of years ago, I had to stop because of financial reasons but it could very well be, that pretty soon it will be possible again to broadcast.

Especially with the Podcast phenomenon coming up strong during these last days, I think that to have a Radio Dubroom podcast somewhere would just be a good idea. The only problem actually is, where to host the Podcast.

Whatever the case, Jah Willing I will find a place to put the podcasts online and start broadcasting again even though I doubt it will be before the end of this year. 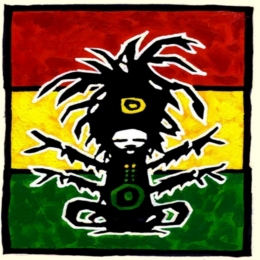 WWW, October 22 2009 - In case you didn't know: there's hardly a Vibronics track that can not be described using all kinds of superlatives. This is no exception to that golden rule. When you like UK DUB, you know it's true and when you don't know UK DUB yet, just play this tune and get yourself into a whole new world of DUB NICENESS! 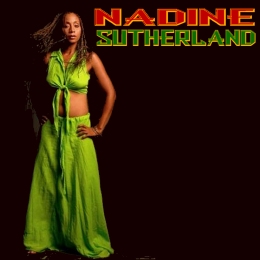 WWW, October 2009 - Roots lovers may not like this pumping Dancehall tune, but "How They Play" surely is more than a necessary release in the genre as Veteran Vocalist Nadine Sutherland shares some wisdom teachings with the now generation.

WWW, October 2009 - If you don't know Tenor Saw's "Ring The Alarm", you don't know a very important tune from the 1980's, when Jamaican Dancehall Reggae was called Rub A Dub. The singer, who died in 1988, was known for his works with Sugar Minott and a couple of hits under which "Golden Hen".