WWW, October 21 2008 - Many of us have been trained, conditioned, to take our own feelings as the highest source of information. This is a thing which has been carefully planted in society.

Actually, it's very old. there's even some academic word for it: Hedonism...

Hedonism is a way to keep whole populations under mental slavery, where these populations themselves think that they are free.

The most recent proponent of this was a man called Aleister Crowley. "Do what you will (feel), is the whole of the law", he wrote in a book that was dictated to him by some entity that looked remarkably similar to what is currently known as a "Grey Alien".

Aleister Crowley has a major influence on many of today's thinkers, from politicians to musicians and everything in between.

It is his parroting of the entity that came to him after he had some kind of ritual in the Great Pyramid (yeah, the one of the One Dollar Bill) which keeps many people today from breaking free from Babylon. 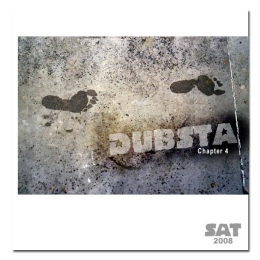 WWW, October 2008 - From Studio One to the current House studio's and online artists: everything DUB is in the fourth chapter of the excellent DUBSTA series. Once again, a deep deep excursion into DUB space. 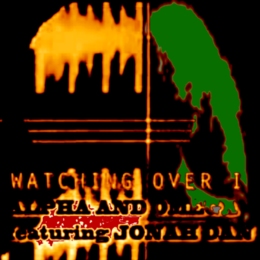 WWW, October 2008 - Alpha and Omega love their audience enough to have their video technician create a clip around a tune even before it is officially release and they put it online for you and I to enjoy.

WWW, October 2008 - From Studio One to the current House studio's and online artists: everything DUB is in the fourth chapter of the excellent DUBSTA series. Once again, a deep deep excursion into DUB space.

We definitely go beyond the realm of what is generally considered to be Reggae Music in this one hour mix of some very extra-ordinary material. A bit of R&B and House isn't avoided at all by the selectors, which makes the (90%) Reggae even more strong.

After all, the theme of the Dubsta series is obviously DUB: from the ancient times when it was born to the present times wherein the art and technique is present in musical styles that have in themselves nothing to do with Reggae at all.

The selectors behind the Dubsta series don't go too far beyond the realms of Reggae, however. In this mix, there is even a Dub version from a track by the 1980's band "The Police" which cannot be defined other than contemporary Dub Reggae.

That is, just after one of the hardest online Dub artists at the moment (Fried Wire) gives acte d' presence with another crucial piece of original Dub Reggae: another highlight in this highly interesting and well-balance one hour selection of dub, dub and dub.

ALPHA AND OMEGA WITH JONAH DAN - WATCHING OVER I

WWW, October 2008 - Alpha and Omega love their audience enough to have their video technician create a clip around a tune even before it is officially release and they put it online for you and I to enjoy.

Alpha and Omega are a leading force within UK DUB with their own specific sound and basslines. Deep, deep basslines!

They've had a whole legion of vocalists voicing over their original riddims and the result is something very unique that you just cannot afford to dislike when you're into DUB, even "just" into Reggae Music.

In "Watching Over I", UK vocalist Jonah Dan sings over the riddim, chanting spiritual words of wisdom that will appeal to the Righteous Rastaman and others who know themselves. The tune, according to the description given by Alpha and Omega who put the video online themselves, is currently in it's pre-release stage.

A sign of Raspect to the audience, let's give them Raspect too and buy their material as they need it!