WWW, March 3 2008 - The phrase "New World Order" wasn't invented by George Bush Sr, when he used it exactly eleven years before the terrible events at September 11, 2001 would take place and allow his son to introduce what is more than the legalization of a police state.

It was also used by Adolph Hitler when he described what he believed was a resurrection of Atlantis, or the Days of Noah.

You can find the phrase on the One Dollar bill of the United States, in Latin. It says "Novos Ordos Seclorum", and provides the year 1776 with it. 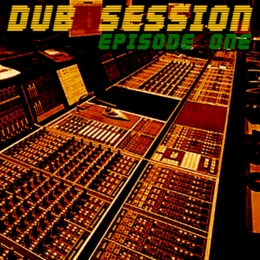 WWW, March 2008 - The US-based DUB SESSION Podcasts brings us yet another side of DUB in a stream of electronic Drum and Bass driven Riddims. One riddim follows the other in a tripped out Session, perfectly mixed by host DJ Chill Will.

DUB SESSION it is called, and a DUB Session it sure is! After an initial announcement by our host, we dive straight into the deep with some heavy drum and bass driven music by Mad Professor, DUB Syndicate as well as collectives who may not be considered by the Reggae puritans.

As contemporary Dancehall and Reggaeton more often than not stray from the original concept of Reggae Music, so does a lot of electronic music called DUB. However, the true lover of DUB sees those elements of Reggae that (s)he loves amplified rather than taken out.

DUB SESSIONS introduces us to another way of enjoying Reggae and/or DUB, as one riddim after the other comes to us in the style and tradition of Electronica shows: longs parts with(out) Drum and Bass, soundscapes and synthesizer effects galore, everything without (too much) nonsense to break the extremely good vibes.