WWW, June 5 2008 - What is the deeper meaning of the fact that the word "Babylon" is the same in two languages, even identifying the very same Mystery, where the meaning is, let's say, quite different?

Now, it's more important to check ourselves, as we realize how we are all speaking certain levels of Babylonianese. We are all brainwashed to a certain level into at least accepting the idea that Babylon presents herself as the gateway to (the) God(s).

We need a revelation rather than an initiation, and that's where the fact enters that the One Who has revealed Mystery Babylon simply calls her "confusion".

Now, what is confusion anyway? Here is another free mp3 from the Messian Dread album "Showcase". Just like the other tracks from the album, they can be downloaded exclusively from the new www.reggaedubwise.com website. 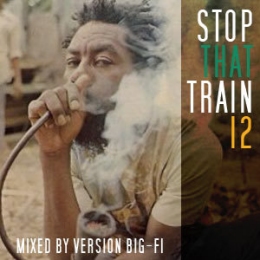 WWW, June 2008 - Some of the best online (DUB) Reggae artists together with the works of such greats as Prince Jammy and Kiddus I: Welcome to episode 12 of the ever-independent Stop That Train Podcast. 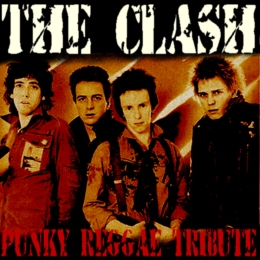 WWW, May 2008 - Bob Marley's track "Punky Reggae Party" officially recognized a connection that Babylon didn't like at all: In Europe, the Punk Movement teamed up with the Rastafari Movement in a joint effort to chant down Babylon.

This is the 4th track of my album "Showcase".

Going over from the traditional Roots music into a more Rub a Dub style kind of track. A different arrangement too, as the theme isn't played by horns but by a synthesizer.

A pumping bassline is taken by the drums and together they move from bar to bar, straight up to the second part wherein the Dub mixing starts.

During the lyrical part, there's some anticipation to the Dub as well. Lyrics that -by the Way- could be considered the most important of the whole album.

In a Rub a Dub Style
Well versatile

In a Rub a Dub Style,
In a lover man style,
Well versatile

Every one feeling all right
Everybody smile and jump around

WWW, June 2008 - Some of the best online (DUB) Reggae artists together with the works of such greats as Prince Jammy and Kiddus I: Welcome to episode 12 of the ever-independent Stop That Train Podcast.

With their own excellent remixes and original Dubs, the Version Big-Fi crew enjoy their independence and saw it rewarded when they were nominated for a Reggae Academy Award of this year (2008).

They "do Podcasts", too, called "Stop That Train". And truly, you want to enjoy the ride of the (DUB) Reggae train by the UK based collective. You want the train to stop, but it's better to hop aboard right now with episode number 12.

A very, very enjoyable mix of just about every side of Reggae Music that you can possibly think of: from UB40 and Boris Gardner to Prince Jammy and some heavyweight online DUB, from Kiddus I in a not-so-known title, to Michigan & Smiley with the classic "One Love Jam Down" and everything in between as well as around.

WWW, May 2008 - Bob Marley's track "Punky Reggae Party" officially recognized a connection that Babylon didn't like at all: In Europe, the Punk Movement teamed up with the Rastafari Movement in a joint effort to chant down Babylon.

As the Hippie Movement turned out to be nothing but another way of enjoying the system, another movement was born and the name was Punk.

No more "peace and love", please, for that was only another word to describe fascism. Words like "No Future" popped up, and singers like Peter Tosh pointed out to the fact that all of this had to do with truth, when he sang "There ain't gonna be no peace til man kind equal rights and justice".

Punk was, unlike the Hippie Movement, very militant and the ideal of anarchy was translated for a new generation that was confronted with the extreme downpressure of the state. The militancy of the original Punk movement was directly aimed at Babylon Shitstem, just like the Rastafari Movement, and in spite of the countless cultural differences, the two movements knew themselves to be in the same fight.

Musically, Punk Bands would pay tribute to Reggae Music and this is where the Clash and this podcast enters.

The Clash was a Punk Rock band that knew themselves to be connected with Reggae Music and the message that came out of Jamaica. They teamed up with producer Mikey Dread and played a number of cover tunes in which they paid tribute to Rastafari and Reggae.

DOWNLOAD BROADCAST (MP4)
MORE FROM THIS BROADCASTER
No comments: Link(s) to this Message