WWW, May 31 2010 - Greetings once again, and thanks you very much for your interest in this edition of Dubroom Weekly, wherein we've got a truckload on free and legal MP3's as well as another episode of the brand new Radio Dubroom podcast series. But that's not all...

During the traditional spring clean-up, I came across 40 wave files of musical works, of which most were only released in the MP3 format. We're talking about stuff dating as far back as the year 2000, wherein broadband Internet wasn't as common as today. Next to these files, I also found a previously unreleased discomix and a nice Jah Roots Dub from a couple of years ago. ZIPFILE (1.9 GIG)

A second episode of the brand new Radio Dubroom podcast series, wherein we have a special attention for a recent release called LEGACY, containing some very crucial productions and other musical works by Yabby You, the Iriginal Jesus Dread. This week's episode of Radio Dubroom plays the complete promo package in the memory of one of the Reggae legends which I personally feel much inspired by. Alongside some other interesting material, that is.

I sincerely hope that your collection of music is enlarged after your visit to this page, and I hope even more strongly that you at least consider buying some of the material which is so graciously given to the online community by Internet-loving labels. 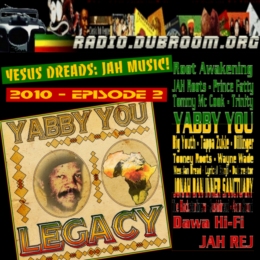 WWW, May 2010 -?Centered around the brand new re-release "Legacy" by the Iriginal Jesus Dread Yabby You, the second episode of Radio Dubroom presents you with another selection of old and new, online and offline music.
The show opens up with an extended Dub by US based Reggae Band Root Awakening, who was very hot in the days of MP3.com when online artists were getting more and more recognition as a force to deal with. There's more music from that time and website: a smash hit called Ten Plagues, with music produced by Dubcreator and conscious lyrics sung by Lyrical Benji. Also, Jonah Dan and Jah Rej come with dubs from the MP3.com days.

A healthy portion of contemporary online DUB is provided by the French Dawa Hi-Fi and I-Plant, who produced Tooney Roots' crucial tune, the UK based Blackstarliners are there as well as Sushidread with Axon Sound. Also included in the mix are? a couple uf tunes from the Dubroom's Star Selections Net Label: a nice one by Prince Fatty One Dub by JAH Roots and two demo's by the Dubroom Webmaster, tunes of which one riddim has never been released and the other just released as instrumental.

The main focus on this episode of Radio Dubroom is reserved for the LEGACY BY YABBY YOU, a recent online re-release of some of the best material Yabby You either produced or voiced, or both. Crucial toasting by no less than four Star DJ's, a pumping Dub and three nice vocals, of which two are voiced by the Iriginal Jesus Dread himself. The Dubroom deeply respects Yabby You for all the work he did musically and spiritually, so while he rests from his works in the Hands of the Almighty Father JAH, let us continue and promote upfullness. Please buy the album if you like the tunes!

Powered by Podbean.com
No comments: 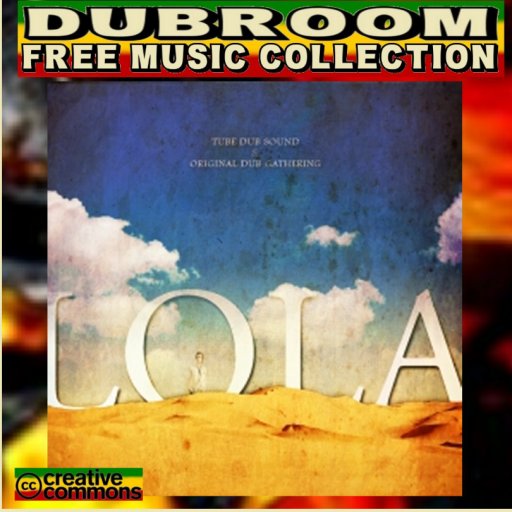 WWW, May 2010 - From the Net Label ORIGINAL DUB GATHERING that provides the online (DUB) Reggae community with several more than crucial releases, with massive music played by the Label's house band, vocalists and Dub engineers to bless up the Steppers riddim: Here is LOLA!
In four different mixes, we're being introduced to the Lola riddim by the French Roots Reggae Dub band Ondubground. It's a massive, solid and still highly danceable Steppers riddim which is voiced and mixed as skillful as the riddim is played (and recorded).
Two mixes were featured in Radio Dubroom's very first episode in this year: a thing which is very likely to happen several times in the future as well, since it's one of ODG's most crucial releases of the year thus far! 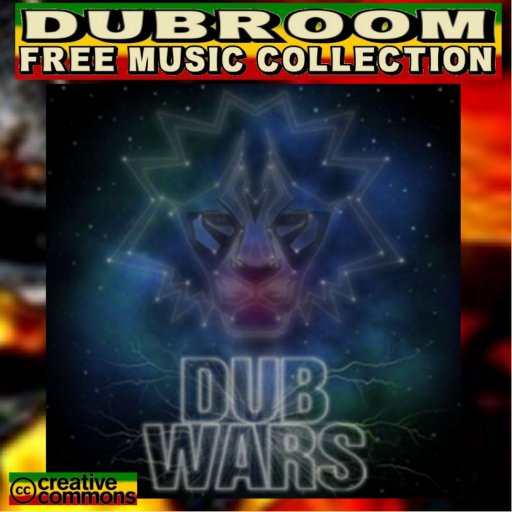 WWW, May 2010 - Fifteen acts, one Dub engineer: in this September 2009 release from ORIGINAL DUB GATHERING, Redi (Ruhdy) takes us on a journey into Dub Space inspired by the movies "Star Wars".
Dub Wars is definitely not full of war vibes, quite contrary to the suggestion given by the title. It's not full of energetic steppers at warp speed either, but rather filled with -for example- milder versions of the relatively new Dub derivate called DubStep.
Next to these DubStep tunes, we're also treated to a couple of relaxed DigiDubs where the French vibes definitely come through. French Dub is a sister style of UK Dub, but the differences are there, perfectly captured in this Dub Wars compilation.
Because all the tracks are processed by one Dub engineer, another very interesting aspect about Dub Wars is the fact that somehow all the fifteen acts get a sound which radiates throughout the entire album. In a way, this is not a compilation but an album by Dub engineer Redi, or Rhudy if you prefer...
Conclusion: Dub Wars has not so much to do with war, but rather with peace. Peaceful vibes from a French Dub engineer who definitely knows what he's doing: spreading good vibes where that is so much needed! WWW, May 2010 - After a big clean-up in the Dubroom's dusty digital corners, we came across none less than 40 wave files, of which only the MP3 versions had been released. There was even a tune which was never released with full lyrics.

Featuring Jah Roots, the Dubster Connection and much of Messian Dread's works from 2000 which had previously only been released in the MP3 format.

Right-Click on "ZIP", and then wait a while because the files will be freshly packed for you. Since the file is huge (almost 2 gigabytes), this will take a while. Be patient, because it will come! 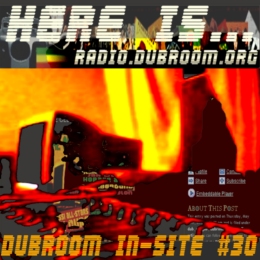 WWW, May 2010 - After what was really a long hiatus of several years, Radio Dubroom is back online, allbeit somewhat different than before. One very nice difference is, that all episodes can be downloaded for free instead of just being streamed. Read about it in the 30th edition of Dubroom In-Site!

It really was a long time, about five years to be exact. In that time, a lot of things changed on the Internet and one of these things was that it was simply no longer affordable to keep Radio Dubroom online. After all, royalties were paid to some shady organization of which you just know that they will never distribute that money to the artists themselves. That shady organization got more and more greedy these last years with the result that it would have cost the Dubroom 100 dollar a month or more to keep streaming the music.

In the mean time, the podcast phenomenon took an enormous step forward and became just that: a phenomenon which isn't about to vanish. Throughout the years, the Dubroom reviewed hundreds of podcasts and now the time has arrived to put out our own.

So once again: Here Is... Radio Dubroom!

The choice was made to put the podcasts on dubroom.podbean.com with an on-site presentation at radio.dubroom.org. At the time this is written, there's one episode online but when you read this update as part of Dubroom Weekly, there's supposed to be another one too...

The music will consist out of the best from the Online (DUB) Reggae Artist community, material which the Dubroom has explicit permission to use, new releases sent to us for review and/or promotion, plus some rare and/or out-of-print music. Everything is mixed non-stop into one long mix, some effects and sounds are added.

The podcast will be available for free download in MP3 format. Episode one is encoded in 128kBit but the plans are to use higher quality in the episodes to come.

Hopefully, you'll like this brand new old feature of the Dubroom as much as I like to make them for you and for the promotion of Reggae Music.