WWW, April 21 2008 - Human DNA doesn't fit in the story that comes with the theory of evolution, a thing which is often used as an argument by people who adhere to something called "Intelligent Design".

This relatively new critique on Darwin's theory doesn't just come from people who believe that JAH created everything, even though this is often assumed after a superficial look on the matter.

Proponents of something called pan-spermia are equally represented in the ranks of "Darwin critics" and they believe in something that Nimrod, the founder of Babylon, also introduced when he started the Mystery Schools that run Babylon Shitstem until this very day.

WWW, April 2008 - You guessed it: The Reggae Tree signifies itself by having Strong and Deep Roots, planted by the rivers of waters and giving fruits in due season.

This Is Not A Christmas Tree!

Reggae Tree brings us strong Jamaican Roots, DUB, vocals and DJ tracks from the 1960's and 1980's. Designed to keep the Rootsman Skanking, the no-nonsense mix will definitely turn out to serve it's purpose right.

We hear Hugh Mundell, the Lone Ranger and many other names that made their marks throughout the history of Reggae Music. The Reggae Tree is strong, it's fruits are good and it's roots planted by the rivers of water, as the Psalmist wrote thousands of years ago.

Enjoy the season wherein we can taste some of the good fruits of this tree, the Reggae tree! 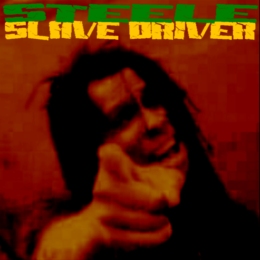 Half way through the video, the Nyabinghy drums drop in an otherwise completely drum-less track. It's all about the words, and they are sung beautifully by Jamaican Reggae vocalist Steele.

It is not un-intended, as one usually would want to have a strong drum and bassline just like the Africans who were stolen from Africa would want to hear the African drum in Africa. At least, that is the thought that came into yours truly.

Taken from Africa, to work on land that was not owned by the ones who kept them in slavery, only to live in extreme poverty until this very day.

The African Holocaust goes on, century after century. So take a few minutes to feel this track as Steele penetrates the soul in an excellent video produced by a director who is not afraid showing his work to the online (DUB) Reggae Community.