Apologizes for the non-update yesterday

Because of a variety of reasons, yesterday there was no update. A double dosis today, therefore. I apologize for any onconvinience that it may have caused.

One Love,
Messian Dread (Dubroom Webmaster)
No comments: Link(s) to this Message

Email ThisBlogThis!Share to TwitterShare to FacebookShare to Pinterest
Topic(s): From the Webmaster

WWW, March 9 2008 - It's a fact that the Great Pyramid wasn't build by so-called primitive men who had nothing better to do. As a result of this, there is much debate as to who built the structure and why.

Some say, that the ancient prophet Enoch build it so that knowledge about the Creator would be preserved in the Great Flood that wiped away all the abominations of the face of the earth.

The occultists claim, that a character called "Thoth" or in Greek "Hermes" did the building, to create a gate-to-the-gods, just like the tower of Babel was supposed to be.

Whatever the case, it is surely a structure to research, if only because of the fact that there is a Great Interest by the workers of Babylon into this structure. 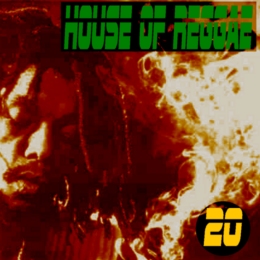 WWW, March 2008 - In his own particular and hospitable way, our host invites us once again for an hour of drum and bass driven niceness in the Londonian "House of Reggae". The 20th episode of his great edutainment Podcast series is once again packed with sounds and in-sights.

Starting and ending with a track by Bob Andy, episode #20 has almost everything Reggae in between: rare tracks by Peter Tosh and the Chantelll's Sam Bramwell, for example. Contemporary times are included as well: we get to listen to the vocal group TOK, and obviously the DUBHEADS are not forgotten either.

As we are used, each track comes with background information that will not only help us to better understand just where the music we love so much is coming from, it will actually help us finding more music that we like as well.

WWW, March 8 2008 - A Great Interest in the Great Pyramid of Egypt by the world leaders of today and of yesterday.

It's a Great Interest you can find displayed on the American one-dollar bill, where you can also read the words "New World Order" and a number referring to a year, namely 1776.

It's a Great Interest shared by many people, including researchers and occultists. Occult writings teach us how the structure can be used to get in direct contact with the "God of the Underworld", Satan himself.

This is exactly what all these world leaders and occultists are doing, and have done for centuries.

They are being initiated into the Mystery, even though some claim they oppose the Shitstem...

Give Thanks, One Love,
Messian Dread (Dubroom Webmaster
No comments: Link(s) to this Message 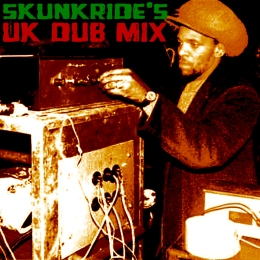 WWW, March 2008 - Originally broadcasted over Radio, here is the World Wide release of what can only be described as a crucial selection of UK DUB and ROOTS. From the Mad Professor to Bush Chemists, from Dennis Bovell to DUB Syndicate.

DJ Skunkride delivered an excellent show to his radio audience in Holy Land, and decided to bless up some more people for which we give thanks.

His presentation of UK based DUB (and a few vocals) has a large emphasis on works out of the Conscious Sounds Studio's, most of it coming from original vinyl. There's also kind of an emphasis on music that is played rather than programmed, something which will be pleasing to know for some.

Turn on the subwoofer, put volume to the max and enjoy the deep sounds of the bass and pulsing drums in a true UK DUB experience extraordinaire! WWW, March 2008 - He had his initiation in the Great Pyramid in Egypt, acknowledges the "Divine Right To Rule" of the Babylonian bloodlines, and is worshipped by many "Truth Seekers" who mistake him for being a "Truth Teller".

His influence in what loosely can be called the "Truth Movement" is enormous. The recently released video "Zeitgeist", for example, credits him with what gets very close to worship. Luciferian apologist Michael Tsarion calls Maxwell his "mentor", while Maxwell himself wails that well known British author David Icke refuses to admit that he too had been taught by Jordan Maxwell.

Jordan Maxwell was one of the first to popularize the false idea that Jesus Christ was just one out of a row of "Sun Gods", an idea gladly received by many people who unwilling to be "confused with the facts" finally found a way out of their perception of "Christianity".

Jordan Maxwell is also active in popularizing the New Religion, wherein mankind is told to put all their hope into so-called Extra-Terrestrials who will lead us into the "next step of evolution of mankind".

Superficially, though, he is also known as a "Truth Teller", someone who exposes the secret societies that run things in Babylon Queendom through their Serpent Seed bloodlines.

He will say how he knows that there are Serpent-seed bloodlines that rule the system, he will acknowledge their claim to a "Divine Right to Rule" and he even says how he hopes how his works will be "rewarded" by these very same Illuminati he claims to expose.

Frank Lordi of the Salvation Revelation Podcast had enough of Jordan Maxwell and his minions. He's fed up with the fact that Maxwell cs can pose as Truth Seekers and even Truth Tellers, while admittedly worshipping the very same powers they claim to expose.

He decided to make a video wherein he exposes all of the above and adds his own comments as a Christian. But even when you are not a Christian, you should see this video. Especially when you are attracted to the thoughts presented in movies like Zeitgeist and teachings by people such as David Icke and Michael Tsarion.

CLICK TO WATCH
FRANK LORDI PODCAST ABOUT THIS VIDEO
2 comments: Link(s) to this Message