THANK YOU FOR THE PATIENCE!

"THANK YOU FOR THE PATIENCE!" (WEBMASTER'S COLUMN)

WWW, March 2 2008 - Greetings! After a week of absence, here's a brand new edition of Dubroom Online.

Those who were wondering what happened to the site-stats lately, can enjoy themselves today as we've just published the most significant stats from December 2007 to February 2008.

Those who are looking for new columns concerning Mystery Babylon, will be pleased to know that starting tomorrow, I will take off where we left over a week ago.

Those who are looking for new music, will be pleased with the review of yet another great Podcast by the French based Steppin' Youth Sound System. 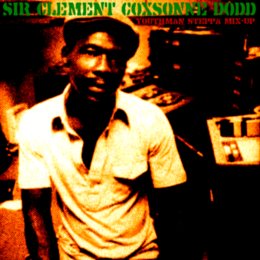 WWW, February 2008 - The Sound of Coxsonne Dodd's Studio One cannot be mistaken for anything else than what it is. The Studio cannot be denied either, as it has been instrumental in the foundation of Reggae Music.

Time for the Steppin' Youth to take us to 43 Minutes of foundational music!

Studio One's specific sound symbolizes more than Reggae's early beginnings. The Studio was there long time before there was Reggae Music anyway...

Sure, there was no such thing as digital recording techniques back in the days when Reggae was born, but Studio One did not have the expensive equipment that gave rise to the recordings of let's say the Beatles.

The studio started with a two-track recorder and it would take a long time before it became possible for Coxsonne Dodd to record more than these two tracks. And obviously, this can be heard in the releases.

You hear the best of the best musicians playing at their best, the most heartical vocalists in their most heartical style. The music just cries out for the kind of recording equipment that could usually be found in the laboratories of the Babylonian recording Industry.

The Sound of Studio One therefore is truly the Sound of the Poor Man.

SITE STATISTICS FOR FEBRUARY 2008
WWW, March 2008 - Here is the most important statistical information concerning the Dubroom's site activity during the month February of the year 2008.

Statistics do not count the visito(or)s of the Messageboards and/or our blogs, since the statistics are only gathered on the Dubroom server.

SITE STATISTICS FOR JANUARY 2008
WWW, March 2008 - Here is the most important statistical information concerning the Dubroom's site activity during the month January of the year 2008.

Statistics do not count the visito(or)s of the Messageboards and/or our blogs, since the statistics are only gathered on the Dubroom server.

SITE STATISTICS FOR DECEMBER 2007
WWW, March 2008 - Here is the most important statistical information concerning the Dubroom's site activity during the month December of the year 2007.

Statistics do not count the visito(or)s of the Messageboards and/or our blogs, since the statistics are only gatheredSITE STATISTICS FOR DECEMBER 2007 on the Dubroom server.