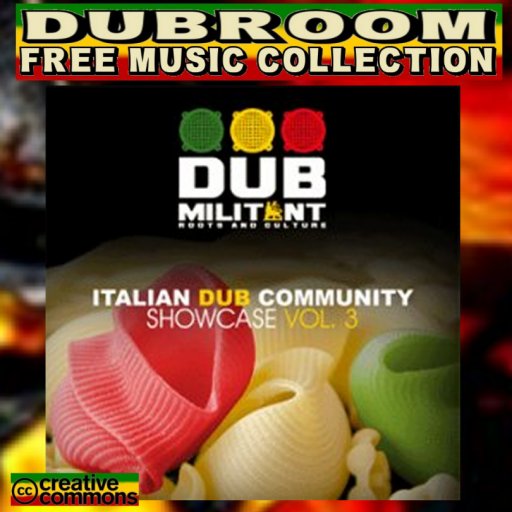 WWW, June 2011 - The long wait is over: widely anticipated throughout the online Dub community, here is the third chapter of the phenomenal Italian Dub Community Showcase serial. Fifteen titles, thirty tracks, and once again the selection is stronger than strong. Consciousness and Dubwise galore, this is definitely a very precious gift from the Italian DUB Community to the World Wide DUB Massive. Respect is more than due!


A precious gift it is, indeed. There is no reason for anyone to consider the fact that this free Net Album was released under Creative Commons Copyright to be a sign of a low quality contents. This is a sign of life from a very vibefull Italian DUB Community which cannot be refused or even denied.

The fifteen different names range from the more well known names in Dub land like the Alambic Conspiracy, Dub Engine and Wicked Dub Division to artists like Cultural Sound System of whom not so much material is released via the Net Label channels. A Serious selection fe true, we're speaking about stricktly High Quality Low Bass Roots Reggae, showcase style.

Even though this is extremely difficult to choose, nevertheless, two highlights.

Voiced by Idren Natural, "No More War" by Cultural Sound System is a hard hitting Steppers track. The vocal part is actually a discomix and the Dub is superb. This is the kind of tune you want to listen to again and again, both for the message and the music

Another hard hitting Steppers which stands out is "Hunger/Hunger Dub" by Dub Shiloh. The track starts of with sounds, after which the up-tempo drum and bass line pop in the mix. The first mix might be kind of crucial, the second mix (officially entitled Hunger Dub) really is. This one will keep you jumping all the while, especially with some better speakers.

All in all, Italian DUB Community Showcase 3 was more than worth the wait, the anticipations were not in vain. There's unity and cooperation in this community, no partiality and no competition.

This is a serious selection of some heavy-duty, heavyweight Euro Dub and Roots you just cannot refuse!