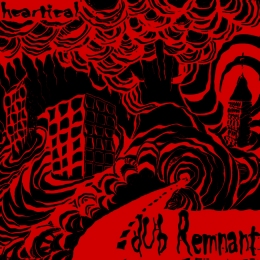 Sometimes, a title speaks louder than a full lyric. ASK: Ask, Seek and Knock. This title is worked out in the laid-back rhythm. Envision the Truth seeker as he keeps Asking, keeps Seeking, and eventually Knocks on the Door that shall be opened...

With the fall of the Iron Curtain in the end of the last century, something became open which was going on for a long time: the youths in the Soviet Union expressed themselves in music, producing one of the most interesting parts of music history.

Russian Reggae and DUB artists have been producing some pretty strong material as well, a thing proven by this first compilation of the Russian Net Label "Sub Out, Dub In".

The synth-beep with echo at the start of this track definitely heralds a piece of DUB Art that will wipe away all prejudice that might have been there concerning Russian Reggae.