WWW, March 6 2008 - The Great Pyramid in Egypt is of significant importance for the workers of Babylon Shitstem. That's why they've put it on the One Dollar bill together with the words New World Order in Latin and the year 1776.

According to the Babylonian teachings, this pyramid was built by a character called "Thoth".

Ancient tablets tell us the tale how Thoth built the thing to get in contact with the ruler of the underworld, a "Light Bearer" who was the King of Darkness in the same time too.

Throughout history, world leaders followed the path of Thoth and met down with Satan by conducting their ritual in the Great Pyramid.

ITEMS FOR THIS EDITION:
Thursday, March 6, 2008
TUBBY'S TIME #2
THE BOHEMIAN GROVE RITUAL - VIDEO REVIEW
No comments: Link(s) to this Message 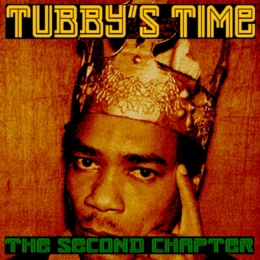 King Tubby didn't have his own house band, as his studio was too small for it. In the meantime, he kept mixing DUBS and recording vocalists over the multi-tapes taken to him by many producers.

Tubby's Time Two takes us, just like in part one, straight back to that time. DUB, DUB and more DUB coming our way.

Skillful DUB, that is.

Not only is King Tubby the Founding Father of DUB, the works presented in this podcast show the master in an all-time heigher heights.

Tragically, the 1980's put an abrupt end to the carrier of this man, who is responsible for too many musical styles too mention as contemporary music would not have sound the same with DUB. As he just launched his new studio, wherein he could have his own band, he was shot to death... WWW, March 2008 - Each summer, the elite gather themselves in the Californian forests to conduct an ancient Babylon ritual including human sacrifice (in effigy, they say). The ritual has been video-taped by a hidden camera.

They call it the "Cremation of Care", and they perform it in a place called the Bohemian Grove. "They" are the members of the Bohemian Club and their invitees. "They" include people like George Bush Jr and George Bush Sr, thought to be "born again Christians"... (LINK)

In the Cremation of Care, a human sacrifice is made in front of a grand Owl. Although the Bohemian Club hastens themselves to say that it was really an effigy, that is not a real human, there is no way for anyone to verify it, while there are witnesses who claim to have been part of deadly rituals at Bohemian Grove.

The ritual that has been videotaped by Texas based documentary maker and talk show host Alex Jones, appears to be just one ritual that is performed in what seems to be a huge religious site, a modern version of the ancient Babylonian Mystery Schools.

In the spoken words, conveniently subtitled, the connection between the attendees on one hand and Tyre and Babylon on the other is made. Not only are Tyre and Babylon directly connected with Satan in the Bible, the members of the Bohemian Grove are doing exactly that which their ancestors, the rulers of Tyre and Babylon, have been doing in ancient times.

See about 15 minutes of pure paganism, and realize that here we have the world leaders and other members of the elite, more often than not known in public as "Born again Christians".