WWW, October 2 2009 - When I first opened the book and started to read, as a teenager, I was kind of flabbergasted as they say in that island in front of the European Continent.

It was like I knew almost every page without knowing that I did. I recognized lyrics of too many tunes to mention, and it was only the beginning of the discovery of, let's say, the secret book of lyrics where so many Reggae artists draw their inspiration from.

Probably well over 10% of all Reggae lyrics have a reference or even a direct quote from a book, which I have seen described as "dusty and old" by someone who tried to maintain how the Bible was totally irrelevant to Reggae Music.

If it wasn't so out of line, so shockingly ignorant, it would really be one of the best jokes I heard this year.

WWW, October 2 2009 - In this 2009 release, Winstrong is coming up strong with a very contemporary Roots tune. Samples in a subtle production, a catchy drum and bassline with on top an important and conscious lyrical content. 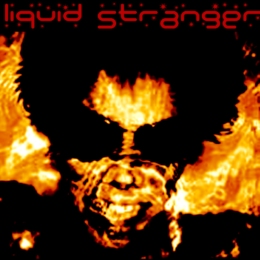 WWW, October 2009 - It takes a while before the drum and bass drop in together, but it's definitely worth it: this massive track is filled with well placed effects and edits, tuff vocals and Digital Niceness!

WWW, October 2009 - He started cutting Dub Plates for Jah Shaka in the 1980's, went on to work for Virgin and for Island, for whom he mixed Black Uhuru's "DUB Factor", Sly and Robbie's "A Dubwise Experience" and the more-than-classic début of InI Kamoze.