A SHOWCASE OF RIGHTEOUSNESS 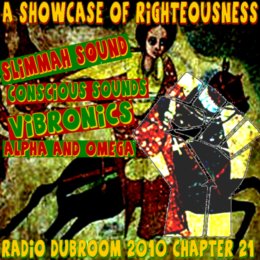