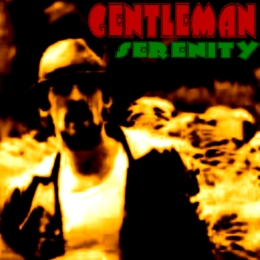 WWW, May 2008 - Gentleman is a very remarkable Reggae Vocalist whose many travels to Jamaica have not only blessed him with creative goodness, but made him become a popular artist in Yard as well.

He's the son of a German Lutheran preacher, and he has a deep belief in the Creator as well. However, Gentleman doesn't adhere to any specific religion and after discovering the spiritual nature of Reggae he was led to trod on this musical path himself, too.

He started his musical career as a member of the conscious Hip Hop group FK All Stars. But when the group split up in 2001, he formed the Far East Band and moved forward with a very interesting style of Reggae music, wherein he used Hip Hop elements without leaving the essentials that make Reggae Music.

You could say, that he took Hip Hop back to it's roots...

Ever since his first tour in 2002, musically backed by his Far East Band, Tilman Otto has been inspiring, blessing and surprising a worldwide Reggae audience. He recorded material with Sizzla at Judgement Yard in Jamaica, worked with well known producers like Bobbie Digital and singers such as Tanya Stephens.