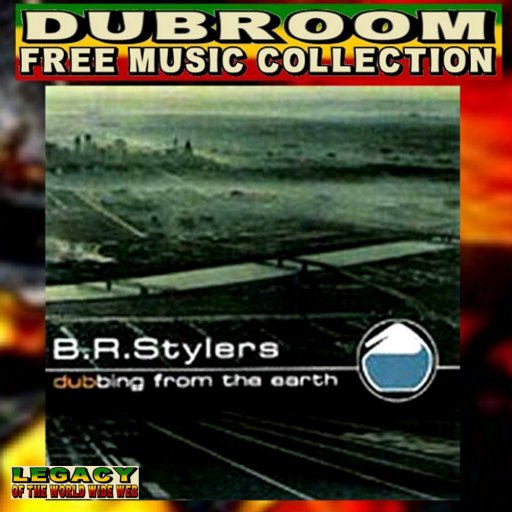 WWW, July 2010 - Originally released in 2005, "Dubbing The Earth" finds Italian based massive Roots Reggae DUB band/collective BR Stylers in collaboration with Prince Alla, Vibronics and Jah Free to name just three. Next to some of their own titles, that is. Another Crucial!

The album opens up with an intro that lasts just over one minute. Definitely creating expectations which, if they come true, include an essential addition to your collection of massive material. Well, that expectation will come true, when you're able to listen to the whole album that is.

As said in the introduction paragraph, we find Prince Allah, Jah Free and Vibronics. We also find a collection of tunes all well worth to listen to. Many of them will sooner or later land in a playlist on Radio Dubroom, as examples of just what's around in Cyberspace.

Definitely, there's a strong DUB Movement and the intention is very well described in the title of this album. BR Stylers do their part, that's for sure!