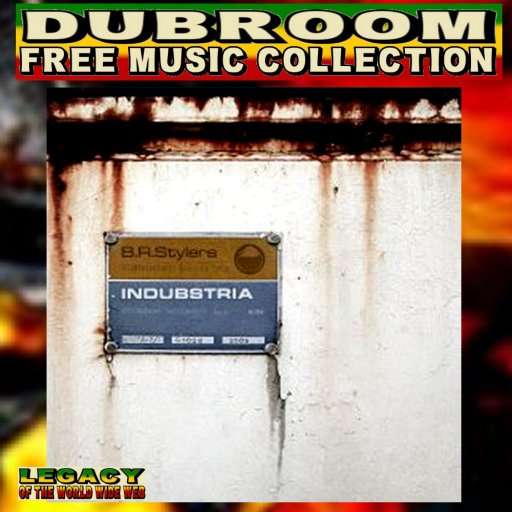 WWW, July 2010 - BR Stylers is definitely one of the best DUB (Reggae) bands. Based in Italy, they're part of a generation of relatively new bands like the French No More Babylon. INDUBSTRIA, released in April last year (2009) is their fourth album and it's a truly massive piece of work, definitely their best thus far! Vocals and DUB tracks that cannot be ignored!

In fact, INDUBSTRIA is produced very much in the style of what is called Showcase albums: Vocal tracks followed by their Dub versions, either in extended mixes or two different tracks following each other in one way or another. A tradition that fits very well for the music by BR Stylers, which could simply be described as solid, orthodox Roots Rockers Reggae with even more excellent DUB mixing on top of it, but that would simply be too little credit for the Italian Dub and Reggae collective/band.

BR Stylers have been working from a specific view wherein concepts like "ancient purity" are central. Could sound a bit New-Ageish for some, but it's a fact that nature and also the nature of humankind is seriously under attack and things can't go on like this. Artistically, all of this is translated into a traditional, even orthodox Showcase album which in itself is quite an achievement.

The music on INDUBSTRIA is simply too good be described in words. It's massive, it's versatile, it's catching. Fast tunes and slow ones, Steppers and other Roots Rhythms, lyrics that give more than food for thought, every element that should be there is there. The DUBS are mixed very skillfully in the tradition made popular by UK DUB acts. They're intense, impressive, truly the work of a DUB Master.

Hopefully this is not the last we will hear from this massive band. INDUBSTRIA is definitely leaving the listener with a desire to hear much more!